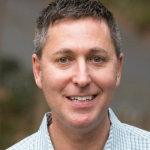 Gary Alembik has been an attorney and member of the State Bar of Georgia for over thirty-one (31) years.

Gary served as a Judge in the Superior Court of Fulton County for over ten years. He sat, by special designation, as a Superior Court Judge adjudicating child support, custody, divorce, contempt, domestic violence, paternity and legitimation cases.

Gary received his undergraduate degree from George Washington University, and his law degree from the Walter F. George School of Law at Mercer University.

Gary is a registered Arbitrator and Mediator.

Gary Alembik is a member of Ahavath Achim Synagogue and sits on the Synagogue’s Board as an Officer. Gary also serves on the advisory board at Open Hand.

For the past thirty-one years Gary has devoted himself to the practice of Family law.  Mr. Alembik specializes in the areas of Divorce, Custody, Paternity, Legitimation, Mediation, Arbitration, and Modification Actions. He has extensive experience in representing clients in divorce matters involving complex custody and financial issues.

Gary Alembik is a member of the Georgia Bar Association and the Atlanta Bar Association. He is a trained Mediator and is registered as an Arbitrator in the State Of Georgia.